Brother Ahmad S. Corbitt is married to Jayne L. Corbitt. The Corbitts have six children and eleven grandchildren. As a young man, Brother Corbitt served in the Puerto Rico San Juan mission. Sister Corbitt served in the Washington, D.C. mission. Brother Corbitt received a Bachelor of Arts degree in Sociology from Richard Stockton College of New Jersey and a Juris Doctorate from Rutgers University School of Law. His professional career has been in law, public and media relations, international relations and diplomacy, interfaith relations and religious freedom. Most recently, Brother Corbitt directed the New York Office of Public and International Affairs for the Church. He has served on several Boards of Directors, including the National Bible Association and the National Interfaith Cable Coalition (or Odyssey Networks), and he is currently a member of various organizations, university boards and councils. He received the Norman Vincent Peale Award for Positive Thinking for 2014. Brother Corbitt served as president of the Cherry Hill New Jersey Stake and the Dominican Republic Santo Domingo East Mission. He was recently called as first counselor in the Young Men General Presidency of The Church of Jesus Christ of Latter-day Saints. 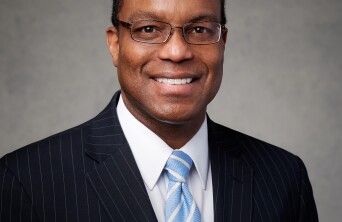