Camila is an international student from Southern Brazil. She served in the Chile Santiago East Mission from 2016 to 2018 and moved to Utah in December 2018. She is passionate for her studies in Human Resources Management and is known among her friends for her constant willingness to help.

She is the Recruitment and Outreach Vice President for the Ensign College Business Club and has represented the school along with other students in networking events in New York City and Cedar City, Utah. She won first place in the Utah State Collegiate DECA competition in the Human Resource Management Category. She is currently doing her internship at Family Search as a North America Operations Intern.

She loves being a student at Ensign College and is grateful for YSA FHEs, where she met her husband, Oliver. She was married in the Salt Lake Temple in August 2019. Her hobbies include soccer, dancing and communicating.

Tsirison Albert Rakotoniaina was Born In Analamahitsy, Antananarivo Madagascar. He grew up with four brothers. His mother decided to keep her work at home as a nurse to follow the spiritual and temporal benefit of her children. His father works as a farmer and gardener.

He served as a missionary for The Church of Jesus Christ of Latter-day Saints in the Madagascar mission from 2010 to 2012.

Tsirison Albert is pursing an Associate of Science in Integrated Studies degree with a Medical Assistant Certificate at Ensign College.

Additionally, he has served as a mentor and ambassador at Ensign College from 2019-present.

Jared was born in Idaho Falls, Idaho. Since then, he’s lived in 13 different homes in the states of Idaho, California, Illinois, Texas and Utah. He’s the youngest of three in his family.

Jared served a full-time mission for The Church of Jesus Christ of Latter-Day Saints in the Sydney Australia Mission from 2017-19. Since being home, he’s been studying at Ensign College and will Graduate following the Spring 2020 semester.

After completing his studies here, Jared plans to transfer to Utah State University and pursue a bachelor’s degree in computer engineering.

On March 29, he was married to his darling wife, Rheannon Longhurst, and have been happily married ever since. 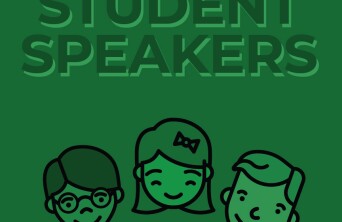 By Camila Guth Schick, Tsirison Rakotoniaina & Jared Tobler
The Commitment to Accomplish What God Expects of Us, Capable and Trusted Disciples of Christ and The Real Joy, the Real Peace
8 Min Read
More
https://ensign.studentadvisor.ai/virtualadvisor