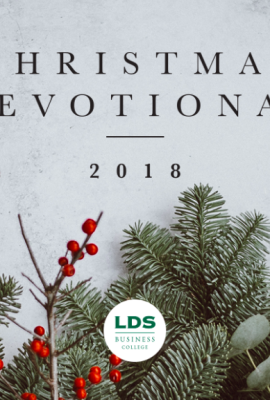 The 2018 Christmas devotional will include Christmas music, scriptures and remarks about the miracle of the birth of our Savior, Jesus Christ. Music will be provided by The BC Choir and BC Voices.

Jonathan Browning, a Ensign College Institute of Religion instructor, will be our concluding speaker on December 11th.

Jonathan E. Browning was born in San Diego, California and lived in Southern California until the age of 14 when he moved with his family to Bountiful, Utah. Brother Browning attended Viewmont High School where he played on the football team, participated in track and field, and served on the seminary council his senior year.

He served a mission in the Mexico Mazatlán Mission. Following his mission, he attended the University of Utah where he completed a bachelor’s degree and met his wife, Rachel, at the LDS institute. They are the parents of two sons (McKay and Hunter) and one daughter (Sydney). Their oldest son is currently serving in the Spain Barcelona Mission. Brother Browning also holds a master’s degree from Idaho State University.

For the past 20 years, Brother Browning has been a release-time seminary teacher and principal in Southeast Idaho and in the Salt Lake Valley. Before his current assignment at Ensign College, he worked with the Training Division and Curriculum Division of seminaries and institutes. 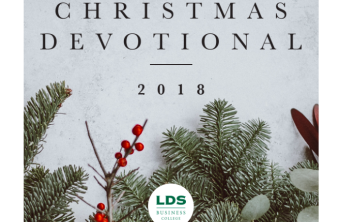 By Christmas 2018 Devotional
What Gift Will You Give?
1 Min Read
More
https://ensign.studentadvisor.ai/virtualadvisor