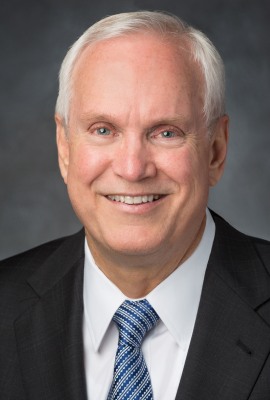 Elder Robert C. Gay was sustained as a General Authority Seventy of The Church of Jesus Christ of Latter-day Saints on March 31, 2012. At the time of his call, he was serving as a member of the Sixth Quorum of the Seventy in the North America Southeast Area. After becoming a General Authority, Elder Gay served as chairman of the Self-Reliance Services/Perpetual Education Fund Committee with responsibilities for worldwide self-reliance services and as the President of the Asia North Area. He was named a member of the Presidency of the Seventy on March 31, 2018. He currently supervises the North America Northeast Area and assists Elder Gary E. Stevenson in supervising the Asia and Asia North Areas.

Elder Gay received a bachelor of arts degree in economics with an emphasis in statistics from the University of Utah in 1976. In 1982 he received a PhD in business economics from Harvard University. Most recently, he was the chief executive officer of a large investment firm he cofounded. Previously, he served 15 years as a managing director at Bain Capital. Prior to Bain, Elder Gay worked in investment banking on Wall Street and was a management consultant at McKinsey & Company and an instructor in economics at Harvard University. Throughout his career, Elder Gay has also cofounded and served as a director on several global humanitarian organizations that have built schools, medical clinics, and microenterprises and protected children at risk. His extensive work in these areas has helped lift many around the world out of poverty.

Robert Christopher Gay was born in Los Angeles, California, on September 1, 1951. He married Lynette Nielsen in April 1974. They are the parents of seven children. 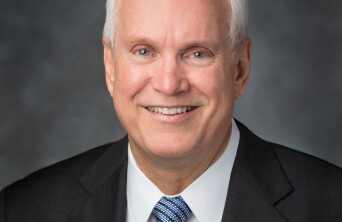