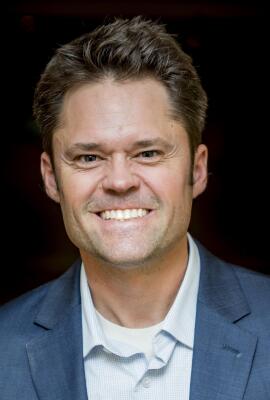 Justin Osmond was born with a severe/profound hearing loss. Diagnosed at the age of 2, he finally got to hear life’s precious sounds for his very first time. Considering the fact that he was a couple years behind his peers, he has shown through a series of intense dedication and mental/physical exertion, that nothing can stop him from going after his dreams and aspirations.

After 12 years of intense speech/listening therapy, he can now speak with passion and hear with conviction. There were many obstacles and challenges that represented stumbling blocks, despair and lack of hope. But his will-power, determination, desire, and hope surpassed all hurdles that stood in his way.

Despite the inevitable, and with a 90% hearing loss, Justin pressed forward with a perfect brightness of hope and a love for all humanity. He went on to play the violin, viola, piano, and drums. He has received numerous awards such as the prestigious sterling scholarship in music, academic scholarships, honorary achievements, and many athletic titles in soccer, football, basketball, and track. He is also proud to represent the Boy Scouts of America as an Eagle Scout and he currently has his (MBA) Masters in Business Administration.

Justin currently runs the Olive Osmond Hearing Fund, a charity that helps deaf and hard of hearing children around the world with the gift of hearing. Recently, he challenged himself to an "impossible" feat of running 250 miles in just 7 days in order to raise awareness and funding in honor of his Grandmother Olive, and to help raise funding for hearing devices for 25 deaf children. It's been his hardest challenge to date, but also the most rewarding. Many life lessons were learned and applied as he trained for and completed this solo run and felt the love and support from others. His focus is to help motivate and be a bridge builder, which encompasses the needs for the deaf & hard-of-hearing and their families around the world.

Justin served a full-time missionary in the British Sign Language (BSL) program which covered 4 different countries within the United Kingdom. After serving in the Manti Temple as an ordinance worker for 2 years and on the Stake High Council, he moved to Hurricane where he currently teaches the young men & women in Sunday School. He and his wife Kristi recently adopted twin babies, Emma and Eve who are their absolute delight and bundle of joy and bliss.

Justin knows first-hand what it is like to live in a world without sound. In his recently published book “Hearing with my Heart” he shares his story with the world in order to help all people understand the struggles of having hearing loss and how to overcome them. Nothing gets him down and he loves inspiring others to go after what they want in life and that NOTHING is impossible. He lives every day by his personal motto: “I may have a hearing loss, but that hearing loss does not have me.” 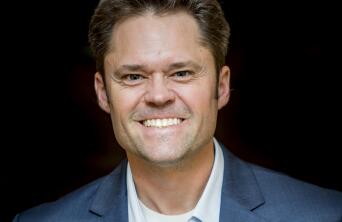