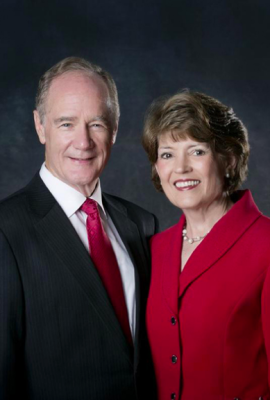 President John S. Tanner and Sister Susan W. Tanner, president of BYU-Hawaii and his wife, are our Devotional speakers on November 27th.

John S. Tanner is the 10th president of Brigham Young University–Hawaii. He assumed the presidency in July 2015 after a thirty-year career as a professor and administrator at Brigham Young University in Provo. At BYU, President Tanner served as Academic Vice President, Associate Academic Vice President, English Department Chair, and Professor of English, with an emphasis in English Renaissance and Religious Literature.

Before his appointment as BYU–Hawaii president, President Tanner had been serving in the Sunday School general presidency (2014-2015) and as president of the Brazil São Paulo South Mission (2011-2014) for The Church of Jesus Christ of Latter-day Saints.

President Tanner earned his bachelor of arts degree in English from BYU in 1974 and his doctorate in English from University of California, Berkeley, in 1980. He began his teaching career at Florida State University but soon joined the BYU faculty in 1982 as an assistant professor. He also spent time as a Fulbright professor in Brazil.

President Tanner is the author of several books, including an award-winning study of Milton and Kierkegaard, and numerous articles and essays. He has also written a number of hymn texts, including one that appears in the Church’s hymnal.

President Tanner is married to Susan W. Tanner, former Young Women general president of the Church (2002-2008). They have five children and 20 grandchildren. 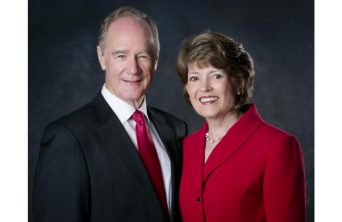