Chambers worked at ISU as associate director of admissions counseling. He also managed the ISU Research and Business Park and directed a University outreach center for rural economic development.

He left ISU after 9-years to become the director of planning and development services for the City of Pocatello, a position he held for 16 years. He also served on the Pocatello City Council for six years.

For the last 15-years of his work in Pocatello, Chambers taught in the Public Administration Graduate Program at ISU as an adjunct faculty member. He has served as a board member for several government and non-profit agencies and commissions at the local and state level and has authored articles on community planning and community leadership.

Originally from Ogden, Utah, Robert Chambers married Robin Christensen in 1982. They are the parents of five children and have 12 grandchildren. They live in Rexburg, Idaho. 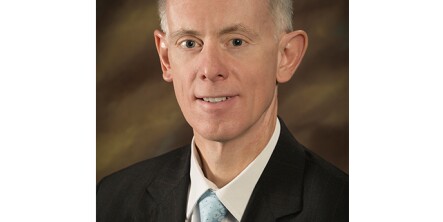