“The government is worried that we don’t have enough cybersecurity professionals,” LDSBC Information Technology Program Chair Spencer DeGraw said. “So, they spawned the idea of having several CCDCs around the country. This is something that we’ve been doing for the last few years, and I think it’s extremely valuable to the students that participate.”

This year’s NIATEC competition took place on Nov. 10 and lasted the entire day.

The cyber defense competition puts student teams in the role of system administrators attempting to defend their networks from aggressive attackers, who seek to cripple the availability of their systems. At the same time, the teams were responsible for developing and implementing security policy and controls to secure both the digital and technical environments.

NIATEC students have developed a dynamic virtual infrastructure and populated it within a creative scenario environment to produce a holistic security experience.

Each group worked on its own, with no input from advisors. LDS Business College was the only two-year program that participated in the competition.

“Our students have just gushed about how much they have learned at this competition, and they’re so grateful to have attended,” DeGraw said.

The cybersecurity team will head to another competition at the end of the month at the Idaho National Laboratory. 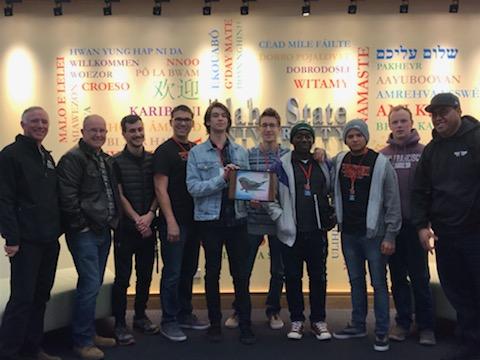