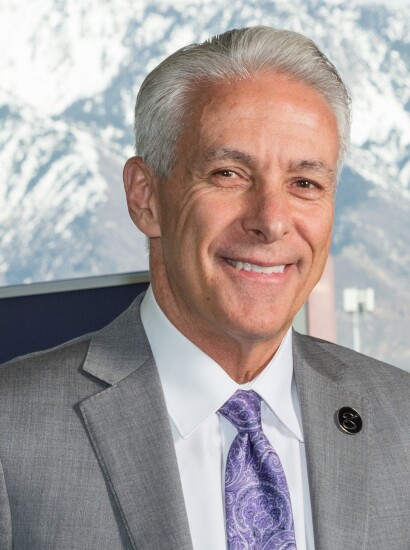 Dale Hull is the founder of Neuroworx. He was born in Ogden, Utah, before serving a mission to Arkansas, Little Rock. He received a Bachelor of Science degree at Weber State University, an MD from the University of Utah School of Medicine and a Master of Public Administration from Brigham Young University. Hull and his wife Renee have four sons and fourteen grandchildren. He has served in many capacities in the Church, including: Youth Instructor, Ward Mission Leader, High Priest Group Leader, High Councilor and 2nd Counselor in a Branch Presidency for women transitioning out of prison.


My brothers and sisters, I appreciate this opportunity to be an invited speaker for the Ensign College devotional service. I am truly honored.

Not too long ago, I was drawn to read a book titled The 33, written in 2014 by Hector Tobar. I was absolutely captivated by this real-life tale of disaster, survival and rescue. As a physician, I was intrigued with the physiology, psychology and pathology that played out. However, the more I contemplated and pondered the story, the more meaning it took on. Let me share a summary.

On August  5 of 2010, disaster struck when 33 Chilean miners became trapped 2,300 feet below ground in the 100-year-old San Jose mine located in the remote and arid portion of northern Chile. They were not only a half-a-mile underground; they were three miles from the mine’s entrance. The only passage into and through the mine was by a single, descending, spiral roadway. Complete blockage of this path occurred when a 45-story tall, 770,000 ton piece of granite-like rock fell through the layers of the mine like a guillotine, closing off any chance of escape. Small ventilation-escape tunnels were either blocked or did not have ladders. All the connections to the surface had been cut: the electricity, the intercom system, the flow of water and compressed air. To make matters more precarious, the entire mountain containing the mine, remained unstable with continued quaking and rock fall, with the unpredictable threat of another major collapse any second.

The trapped men set up a makeshift headquarters of sorts in a very small, 540-square-foot refuge room deep in the mine. They were totally engulfed in darkness except for their battery-powered helmet lights and a few dim lights they were able to secure and run from some of the mining equipment batteries. They had sparse food supplies but adequate water, although this water had a light contamination of oil since it was used to cool their mining equipment. Their only hope – their only possibility of escape was from the outside and their colleagues on the surface.

The enormity and complexity of the collapse soon became apparent to those above ground. There was substantial reason to believe that no one had survived, and if there were survivors, their rescue seemed near-impossible, if not absolutely hopeless. Nevertheless, the work began.

Percussion drills were used to create eight exploratory boreholes six inches in diameter in an attempt to merely locate where the miners might be. Out-of-date mine shaft maps complicated the task. Several of the boreholes drifted off-target due to the extreme depth and the notoriously hard rock that exacerbated the drills' tendency to deviate. On the 22nd of August, 17 days after the collapse, the eighth borehole, equipped with a 6.5-inch drill bit, broke through into the mine.  It reached a ramp at a depth of 2,257 feet, and about 66 feet from the emergency shelter. For days, the miners had heard drills approaching and had prepared a written message, which they attached to the tip of the drill with tape as it protruded into their space. The drilling engineers thought they heard tapping on the drill bit but couldn't be sure because of the depth. They were elated to discover the note when the drill bit was pulled out. To find anyone had survived after more than two weeks was almost unbelievable. When they learned all thirty-three were alive, it was considered miraculous.

The discovery brought an ecstatic response from the miners, the rescuers and the watching world. However, although alive, the miners were far from saved. The six-inch diameter conduit did allow nourishment and communication but not a way out of the tormenting heat, humidity and darkness. The instability of the mountain and the complexity of the next step did not lessen the chance of death and permanent entombment for the 33.

Resources continued to pour in from the around the world. No expense was spared. Prayers were offered above and below. Many of the men would later state they felt divine intervention was part of the story. In fact, the majority of the men even attributed a special meaning to the number 33 as the age of Jesus at His crucifixion.

It would take another 52 days to enlarge the six-inch hole to a 28-inch diameter channel. Finally, on October 12, 69 days after the collapse, the men, one at a time, entered and stood in a very small, 21-inch diameter, specially prepared escape pod, for a claustrophobic twenty-minute ride to the surface and freedom. It was an international news event with the rescue of the men broadcast worldwide to an estimated viewing audience of one billion people.

As I have become familiar with this story, the circumstances and myriad of components and aspects of this event fascinate me. The incredibleness of the overall story is overwhelming, yet the intrigue only deepens when the details are considered. I was especially struck when I contemplated how often things testify of Jesus Christ and of His atoning mission, even though those things that seem to be entirely earthly in their origin and event. Let me explain.

When the fall of man occurred, a monolithic and permanent separation was placed between God and man. “But behold, it was appointed unto man to die—therefore, as they were cut off from the tree of life they should be cut off from the face of the earth—and man became lost forever, yea, they became fallen man” (Alma 42:6). Adam and Eve were sent into the difficult and dreary world and spiritual darkness. Cut off from above, having to fend for themselves, they had to have faith that they would not have to remain in a hopeless state, never to return home to their heavenly family. They exercised that faith. “And Adam and Eve . . . called upon the name of the Lord, and they heard the voice of the Lord . . . speaking unto them, and they saw him not; for they were shut out from his presence” (Moses 5:4).

In reading the account of The 33, it is very clear that even the least religious of the men understood the absolutely dire circumstances they were in and willingly joined in the daily group prayers and worship services looking for, asking for and hoping for heavenly intervention. Just like Adam, the men heard the voices from above but were still cut off from the outside world and their families.

Adam and his posterity, and all who dwelled here on earth during Old Testament time, were nourished, educated and guided by the prophets, who acted as the borehole of spiritual information. Yet, they were not saved, not yet. The prophets began to testify that a rescue was in the works and no resource would be spared, in fact teaching us that the entire plan had been prepared in detail long before it was needed.

In the meridian of time, salvation did come to earth. Jesus Christ and His mission with the all-encompassing Atonement provided the conduit of salvation for all us. The small diameter escape route of the miners brings to mind the scripture “. . . strait is the gate, and narrow is the way, which leadeth unto life, . . .” (Matthew 7:14).

Each miner had to step into that narrow escape pod. Each had to make that personal decision and make the journey singularly. Surprisingly, there were at least two who struggled with the decision for fear they would become trapped in the small long tunnel bored through the rock. Eventually, all made the trip. All were saved from death in the darkness far from home just as “we believe that through the Atonement of Christ, all mankind may be saved.” (Articles of Faith 1:3).

We understand there are two primary components of the Atonement - (1) that all will be saved from physical death. Everyone will ride to the surface to escape the permanent entrapment of mortality and (2) spiritual salvation is ours if we accept the Savior's beckoning to believe on Him. “Wherefore, he is the first fruits unto God, inasmuch as he shall make intercession for all the children of men; and they that believe in him shall be saved” (2 Nephi 2:9). “And all that call upon the name of the Lord, and keep his commandments, shall be saved” (D&C 100:17).

The miners had to wait an additional 52 agonizing days for their chance to leave the extremely uncomfortable and difficult environment of the mine. Temperatures were in the 90’s with 90%-plus humidity. In addition to suffering the effects of starvation, many of the men were plagued with a skin fungus and complications of re-feeding. The emotional and psychological distress was enormous. Cooped up together in a harsh environment surrounded by a constantly shuddering mountain threatening to kill them took its toll. An undertow of discouragement and fear pulled constantly on the men. Disagreements and arguments disrupted cooperation. Apologies, communication and reassurance maintained the necessary brotherhood for survival.

We are spiritual beings come down to earth for a physical experience, and sometimes it's just plain hard. Despite the nourishing hand of God, life is difficult. We can feel trapped by circumstances not of our making. Plagued by problems which seem to press in like the unremitting heat and humidity of the mine. Physical ailments can distract and seem punishing and unfair. Doubt creeps in. Our tolerance is tested and we may act less charitable with those we love. Our faith is strained. Trusted relationships, repentance and prayer restore our spiritual courage.

Rest assured that above this existence, there are unlimited resources prepared and working on our behalf. The escape route of the Savior's atoning work is there. It will not collapse. It rescues us from death and stands ready to provide for all our needs. “For therefore we both labour and suffer reproach, because we trust in the living God, who is the Saviour of all men, specially of those that believe” (1 Timothy 4:10). “For I am the Lord thy God, the Holy One of Israel, thy Saviour” (Isaiah 43:3). “The God of my rock; in him will I trust: he is my shield, and the horn of my salvation, my high tower, and my refuge, my Saviour; thou savest me from violence” (2 Samuel 22:3). “Hearken ye to these words. Behold, I am Jesus Christ, the Savior of the world. Treasure these things up in your hearts, and let the solemnities of eternity rest upon your minds” (D&C 43:34).

Brothers and sisters, this story strengthened my understanding and my testimony of God’s plan and of the Savior. To me the metaphor is clear – there is a divine plan, those above know us and provide the nourishment, help and rescue that we need. During those moments when the darkness, the humidity, the heat and the fear of your situation seem intolerable, I encourage you to remember the story of The 33. Because the Savior lives, hope never dies. In the name of Jesus Christ, amen.