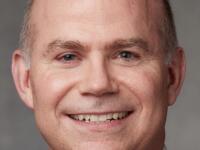 Elder Alvin F. "Trip" Meredith III was sustained as a General Authority Seventy of The Church of Jesus Christ of Latter-day Saints on April 3, 2021, at age 50. At the time of his call, he had been serving as the president of the Utah Salt Lake City South Mission. He served as a member of the Sixth Quorum of the Seventy in the North America Southeast Area from 2012 to 2016 and a member of the Eighth Quorum of the Seventy in the Asia Area from 2016 to 2018.

Elder Meredith received a bachelor of science degree in psychology from Brigham Young University in 1994. In 2001, he received a master of business administration degree in finance from the University of Chicago Booth School of Business. From 1995 to 1999 he worked as a
Six Sigma black belt for GE Capital. He then worked as a consultant for Boston Consulting Group from 2001 to 2003. Prior to his call as a mission president, he was a senior vice president at Asurion.

Alvin Frazier Meredith III was born in Chattanooga, Tennessee, on July 22, 1970. He married Jennifer Edgin in 1998. They are the parents of six children.