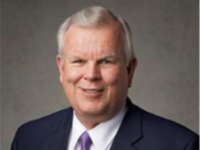 Elder Steven E. Snow was born and raised in St. George, Utah. He has an undergraduate degree in accounting from Utah State University and a law degree from Brigham Young University. He practiced law in St. George for 24 years.

He served as mission president of the California San Fernando Mission and then served as a member of the Presidency of the Seventy from 2007 to 2012. During that time, Elder Snow had supervisory responsibility for the Utah Areas as well as the North America Central Area.

Elder Snow and his wife, Phyllis Squire, also of St. George, Utah, have four sons and seventeen grandchildren. He now serves as the Elders’ quorum instructor.