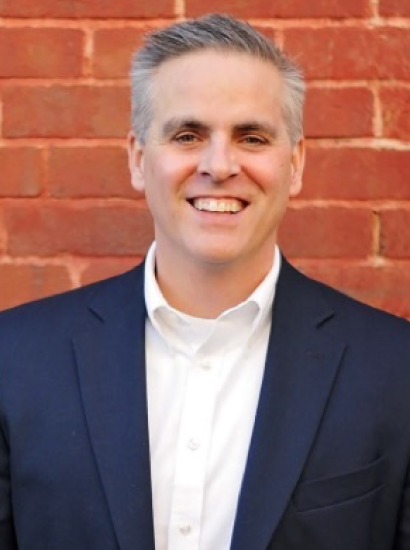 Jason Wright is the author of Christmas Jars and many other published works. He is a native of St. Louis, Missouri and served a mission to Belo Horizonte, Brazil. Wright graduated from Brigham Young University. He is married to the former Kodi Erekson, and the couple have four children and two grandchildren. Wright has served as an early morning seminary teacher, stake young men's president, counselor in a stake presidency, and most recently as bishop.

Seeing Others with Godly Glasses


Brothers and sisters, what a joy it is to stand here today, in the shadows of a temple, with the light of Christ surrounding us, and at the feet of these great leaders who consecrate all they have to the Lord—and to you.

Thank you President Kusch and the President’s Executive Council for this invitation to speak today.

When I was young, my family lived in Charlottesville, Virginia. We moved there when I was eight years old and most of my childhood anchor memories were made in that place which still owns a piece of my heart.

One day during an elementary school vision test, my classmates and I lined up in the gym and one at a time were asked to step forward and read the letters on a chart some twenty feet away.

I was nervous as my turn neared because I knew I was likely to fail. I begged the boy next to me to whisper the letters on the bottom line so I could ace the test and return to recess. If I wasn’t going to wear glasses in the next life, I didn’t want to wear them in this one.

Even when I offered him my peanut butter and jelly sandwich – with the crusts already cut off – he declined.

And yes, even when I sweetened the deal with my chocolate pudding cup, the boy could not be swayed.

When it was my turn, I guessed as best I could at the tiny black letters. And, of course, I failed the test miserably. Within a few days, I was with my parents at the mall choosing glasses that I did not want.

Over the next few years, I lost more pairs of glasses than I should admit. I broke them on school buses, I lost them on field trips, and I magically made them disappear in the woods behind our home.

At one point, I had become so gifted at losing them that I launched a company called Jason’s Find and Do Agency.

My parents would hire me to find the things I lost, like, hypothetically, glasses. In the long run, it was not a successful business model and we shut it down before taking the company public.

Naturally, I didn’t understand this through the eyes of a child, but today I recognize that I’d simply become very comfortable seeing the world my way and the glasses were inconvenient, uncomfortable, and I was self-conscious about how I looked to the world.

With some maturity and appropriate tough love from my parents, I learned to stick with and even appreciate my glasses. In my adult years, medical advancements allowed me to get corrective surgery.

Today I’m able to see the world as if wearing glasses, all the time.

In a sense, I still need them, they’re just not visible.

I recently served as bishop and occasionally during interviews, I could feel the Spirit nudging me to see my brothers and sisters differently. I knew to serve them better, I needed to start seeing others with more divine eyes.

I wanted to see more clearly, not with literal glasses, of course, but with spiritual glasses that aren’t felt on our faces, but seen in our souls.

I needed to put on Godly glasses.

Consider the pattern began at Creation.

Our Heavenly Father and His Son, our Savior, did not see simply sinners in the Garden of Eden. They saw a loving couple who desired so deeply to do their will. After the fall, the first family became the picture and model of obedience.

The Lord saw them with Godly glasses.

The scriptures are full of apostles and prophets who to the world probably seemed imperfect and flawed and even rebellious before fully turning to God.

But that’s never how He saw them. He saw them as they could become, not simply as they were.

President Henry B. Eyring said, “It has always been hard to recognize in fallible human beings the authorized servants of God. Paul must have seemed an ordinary man to many. Joseph Smith’s cheerful disposition was seen by some as not fitting their expectations for a prophet of God.”

We see this principle in the book of Matthew. When, in chapter four, Christ greets some ordinary fishermen.

And he saith unto them, Follow me, and I will make you fishers of men.

And they straightway left their nets, and followed him.

During His mortal mystery, Christ did not see sinners. He saw men and women to teach, to serve, to forgive.

He did not see lepers or the blind, he saw people to heal and love.

In John 13 we can read and feel His invitation to love this way.

By this shall all men know that ye are my disciples, if ye have love one to another.

If I may, I invite you to consider that first verse again with the word love replaced with see.

When I was ordained a deacon at the age of 12, I had the privilege of passing the sacrament for the first time with Jose, one of my best friends and another fresh-faced deacon.

We were so nervous we could hardly complete a sentence as the organist played the sacrament hymn. I could feel my legs trembling and later I could hear the sacrament trays rattling as we moved throughout the congregation.

I prayed with all my might that I wouldn’t trip or spill the sacred emblems of the sacraments.

We were relieved when we returned to our pews without any traumatizing incidents.

Later, after the sacrament meeting ended, we made our way to Sunday School and as my friend and I walked out of the chapel into the foyer, one of our young men’s leaders pulled us to the side.

Time has certainly changed the exact wording in my memories, but the sentiment is precise. He wanted us to know that he’d been watching us that day as we administered the sacrament. I remember him saying that he observed how reverently we moved from member to member, with dignity, with poise, and with great respect for the sanctity of the sacrament.

I confess that I looked at my friend in disbelief and thought, Wait, what meeting was he attending?

I remember nothing else about that day after that moment. That is how significant it was in my developing spiritual confidence.

He hadn’t seen me as a nervous wreck, as an ill-prepared and unqualified barely 12-year-old. He’d seen me with Godly glasses. And I am better today for that three-minute conversation three decades ago.

I’ve had countless such experiences through the years when the Lord saw me for who I could become, when He inspired others to see me with the same vision, and when I’ve sometimes successfully done the same.

The bookend to my sacrament passing experience happened last summer in my hometown of Woodstock, Virginia.

Bruce, a brand new member of the Church, had been baptized, confirmed, and ordained to the office of priest in the Aaronic Priesthood just one week before the bishopric asked him to bless the sacrament.

Nothing was normal about the occasion. Because of the pandemic, we were meeting in smaller sacrament meeting groups of 25. We were wearing masks, of course, and this 60-year-old man sat alone at the sacrament table because social distancing did not allow for anyone to be near him.

Our friend Bruce battles with tremors and combined with the understandable nerves, his hands shook terribly as he broke the bread and placed each piece carefully into small sacrament cups, again an adjustment for the COVID era.

Eventually it became so difficult, Bruce had to kneel at the table and secure his right hand with his left as he administered this ordinance with the greatest reverence and care I’ve ever seen.

I was moved to tears as he knelt at the sacred table holding the emblems of the body and blood of Jesus Christ.

He did not give up.

He did not look over and beg for help.

In fact, as his bishop at that time, the Spirit whispered to let him have an experience that would define him.

Brothers and sisters, this pattern can be found everywhere. The Lord does not see unprepared, often uneducated young 18- and 19-year-old homesick volunteers, he sees covenant keeping missionaries, he sees disciples who need not be ready as much as they need to be willing to wear his name in their heart and on that iconic black name tag.

Jesus sees disciples ready to drop their nets and follow Him.

We read in first Samuel 16, But the Lord said unto Samuel, Look not on his countenance, or on the height of his stature; because I have refused him: for the Lord  seeth  not as  man  seeth; for man looketh on the outward  appearance , but the  Lord  looketh on the  heart .

Maybe you’re watching this devotional and feeling like you’re too spiritually damaged, or emotionally broken, for Heavenly Father to see you any other way.

Quite simply—I testify that nothing could be further from the truth and the reality of your Creator.

He sees us as we can become, if we choose, and He needs us to see others the same way.

Candidly, there are days I wish I could travel back in time to those early years.

I wish I hadn’t been so concerned with how people saw me, how I looked, or how I sounded.

I wish I’d been more focused on how I saw others. I wish I’d recognized that earthly parents usually want what our Father in Heaven wants.

They want us to see more clearly.

Finally, may I extend an invitation as a former bishop? If there is anyone in your life who already sees you as the Lord does, who knows your true potential, your goodness, your heart, and who stands ready to walk the covenant path with you, it’s your loving bishop.

If you feel invisible, or burdened by choices or habits that cloud your own ability to live, love, or see more clearly, please reach out to your bishop today.

Let him see you.

Yes, He truly lives. And His vision, His way, His plan, provide the road home.