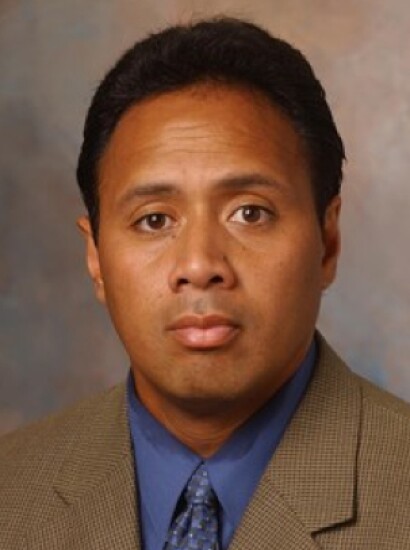 Brother Kenneth Va’a Niumatalolo was born in American Samoa and raised in Hawaii. As a young man he served in the California Ventura Mission, Spanish speaking. Following his mission, he received his Bachelors of Arts in Communications from the University of Hawaii where he was quarterback for their football team. Brother Niumatalolo stayed on at Hawaii after his graduation, taking a position as a graduate assistant to the offensive coordinator, eventually earning a full-time assistant coordinator position. Brother Niumatalolo's coaching career has included previous roles at the Naval Academy as running backs coach and offensive coordinator. In addition, he he spent time at the University of Nevada Las Vegas as special teams and tight ends coach. In 2002, Brother Niumatalolo returned to the Naval Academy staff as assistant head coach and offensive line coach. Since 2007, he has served as the head coach, developing a very successful program year after year.

He and his wife Barbara are the parents of three children and four grandchildren. Brother Niumatalolo has served in the Church as a Primary Teacher, Young Men’s President, elder’s quorum and bishop's counselor, as a counselor in the Washington D.C. North Mission Presidency, a High Councilor and is currently serving as president of the Annapolis Maryland Stake.

The Blessings of Righteous Principles

My dear brothers and sisters - aloha!

I am humbled and honored to speak to you today. Thank you, President Kusch, and to everyone at Ensign College for this invitation to speak.

I have prayed and pondered for guidance on what I should say. There have been many themes and thoughts that have come to my mind. But as I have earnestly sought guidance from the Holy Ghost, I have received impressions to think of...YOU! Who you are! Where you come from! And where you want to go!

YOU are part of the Church Educational System. YOU are part of the Lord’s educational system! YOU are at a school that has the highest form of endorsement, it has Celestial accreditation! YOU are part of the only two-year institution of higher education in the Lord’s educational system! YOU come from all 50 states in the United States. YOU represent 60 countries from around the world. YOU are 30% international students. Almost half of YOU are returned missionaries. YOU are in the early part of your adult lives when critical decisions will be made that will affect the rest of your lives and will determine your eternal destiny. The Book of Mormon tells the story of the valiant 2,000 stripling warriors. YOU are the valiant 3,000 students of our Heavenly Father’s choicest children from around the world! Wow! What a group! With those types of qualifications & divine lineage - YOU have limitless potential.

YOU are here at Ensign College preparing for life. YOU are studying and working hard to acquire knowledge and skills that will prepare you for a better future, for you, and for your family. We are ALL here on earth preparing for a better life - the best life - ETERNAL LIFE!

As I stated earlier, I had several thoughts and impressions for topics. But It wasn’t until our recent General Conference when my thoughts became crystal clear of what I wanted to share with you today.

Like every General Conference, this past conference was simply amazing! We are so blessed to live in a time when President Russell M. Nelson is the prophet of God. I loved all the talks! There were many landmark talks. The Lord’s Church is a global church! Twenty new temples announced during a global pandemic? Wow!

But, I have based my remarks on Elder Bednar’s talk on Righteous Principles. Elder Bednar taught, “A gospel principle is a doctrinally based guideline for the righteous exercise of moral agency. Principles derive from broader gospel truths and provide direction and standards as we press forward on the covenant path.”

“But seek ye first the kingdom of God and his righteousness, and all these things shall be added unto you” (3 Nephi 13:33).

Let me share a story of putting the Lord first. I am from Laie, Hawaii. It is a small town on the north shore of Oahu. The majority of people in this community are members of The Church of Jesus Christ of Latter-day Saints. When the Church first bought the property, it was an undeveloped area of land and wasn't anything to sustain a community of people. Many people wondered why anyone would buy property on that side of the island. The priority in purchasing this land was to build a temple. After the temple was built, the Church built the Church College of Hawaii, now known as BYU-Hawaii. Next, the Church built the Polynesian Cultural Center. The PCC, as it also known, was built to provide jobs for college students and to preserve their cultural traditions. When it was first built, critics scoffed and said that it would never survive or be successful, due to its distance from Waikiki and all the major hotels. The Polynesian Cultural Center today is the No. 1 tourist attraction in the entire state of Hawaii. Laie is now a beautiful, thriving, little town with a temple, a university, the Polynesian Cultural Center, restaurants, a beautiful Marriott Hotel, the busiest supermarket in Hawaii, and all of this, located on now prime real estate that was once considered undesirable.

The logical thought process would probably have been to first, build PCC, so people would have jobs, and therefore be able to provide for their temporal needs. Or maybe it would have been to first, build a college, so people could get an education, and maybe the University would be a source of jobs for the people in the community. I bear you my testimony, that everything worked out for the best in this community because they put the Lord first and built the temple first. If there was any other order - things would not have worked out.

As you are starting your lives, don’t let the cares of the world or the demands of life change your eternal priorities and perspective. Always seek the things of God first. Always have your covenants and spiritual goals first.

The apostles are great examples of putting the Lord first. All of them are well educated. All of them were very successful in their chosen professions or careers. Their career bios are very impressive. But more impressive and more powerful are their testimonies and the lives that they live as servants of the Lord. Their love of the Lord and submitting to His will are their top priorities.

"Bring ye all the tithes into the storehouse, that there may be meat in mine house, and prove me now herewith, saith the Lord of hosts, if I will not open you the windows of heaven, and pour you out a blessing, that there shall not be room enough to receive it.

"And I will rebuke the devourer for your sakes, and he shall not destroy the fruits of your ground; neither shall your vine cast her fruit before the time in the field, saith the Lord of hosts" (Malachi 3:10-11).

When you get married and things might get a little tight financially, you might be tempted to pay your other bills OVER paying your tithing. My dear brothers and sisters - PROVE the Lord herewith! Invest in the Lord! Your compound interest of blessings that you will receive - there will not be room enough to receive! When you invest in the Lord, there is ALWAYS a return on your investments. He ALWAYS fulfills His promises and His part of covenants.

For my wife and I, there were several times as a young married couple, when it looked like we wouldn’t be able to meet our essential financial obligations, but we always faithfully paid our tithing and things ALWAYS worked out.

If you start to become really successful in life and you start to make a lot of money, remember who opened the windows of heaven for you. Don’t forget Him! All that we have, all that He has blessed us with - in the end - is ALL His. He doesn’t need the money. He has all power and worlds without end. All He asks for is 10% back of what He, in reality, gave us. This is to help us build His Kingdom and accomplish His works.

When we pay tithing, we are actually paying ourselves because the Lord is really blessing us. The blessings of tithing are not all temporal, in fact, most of the blessings are spiritual. Tithing is really a principle of faith.

"And that thou mayest more fully keep thyself unspotted from the world, thou shalt go to the house of prayer and offer up thy sacraments upon my holy day;

"For verily this is a day appointed unto you to rest from your labors, and to pay thy devotions unto the Most High" (D&C 59: 9-10).

My sign to the Lord, as President Nelson taught a couple of years ago, is that I will love and honor Him by honoring the Sabbath Day. Since I became the head football coach 14 years ago and became in charge of making my own schedule, I have not worked on Sundays. Renewing my covenants with the Lord every Sunday by partaking of the sacrament with my family is the best way that I know to prepare myself to be my best me - husband, father, stake president, coach, citizen...

I bear my testimony that many of the blessings that my family and I have received are a direct result of honoring the Sabbath Day. I once spoke at a national coaches convention, and I shared that my staff does not work on Sundays, and I received SO many emails and calls asking how we have been so successful over the years when we don’t work on Sundays.

I know that the Lord will bless you and your family if you honor Him by honoring the Sabbath Day. Don’t let the pressures of school, the demands of your career or your professional life manipulate you into NOT honoring the Sabbath. Now, if your employer requires you to work on Sundays, and there is no way of getting around it, the Lord understands your situation because He is all-knowing and He knows your heart. I promise you that He will eventually work things out where you will no longer be in that situation.

I bear you my testimony that Ensign College was established by divine design. President Kusch was called by God to lead this great institution. The Lord has given us Righteous Principles to govern and bless our lives. I pray that you will use righteous principles in your daily decisions to help keep you on the covenant path. In the name of Jesus Christ, amen.