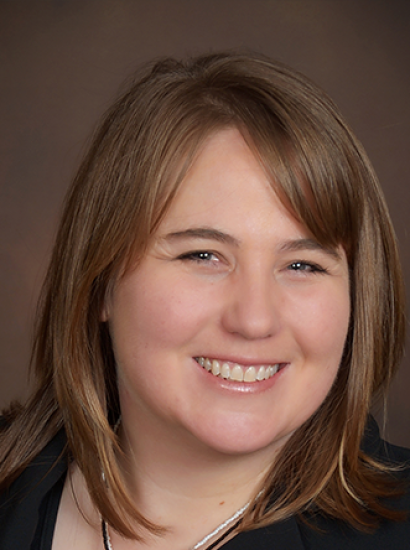 Lori Ann Olsen earned a bachelor’s degree, with honors, from BYU, and a masters’ degree in public administration from the Marriott School of Management at BYU. In 2012, she graduated from BYU’s J. Reuben Clark Law School and was admitted to the Utah Bar. She served on the Moot Court Board and as executive editor of the BYU Journal of Public Law. She interned for a United States Senator in Washington D.C. and in the General Counsel’s Office for The Church of Jesus Christ of Latter-day Saints. For six years, she worked in California and Utah State governments.

Sister Olsen became affiliated with Ensign College in 2015 when she began teaching adjunct courses while working for the state of Utah. She has taught a variety of classes, including courses in, legal research and writing, legal ethics, critical thinking, business, interpersonal communication, college success, and religion. She was asked to help develop the curriculum for a religious liberty course in the Salt Lake Institute. Since 2019, she has served the college full-time as the Integrity and Compliance Manager.

She served a Spanish speaking mission in Kentucky and Indiana. She has served as a temple worker in the Provo and Salt Lake temples and in a variety of callings including Relief Society teacher, Sunday School teacher, and Relief Society president.

Sister Olsen is originally from the suburbs of San Diego and is a daughter of Maynard and Sally Olsen. She loves to learn, travel, and spend time with her large family, including her eleven siblings, 51 nieces and nephews, and five great nieces and nephews.