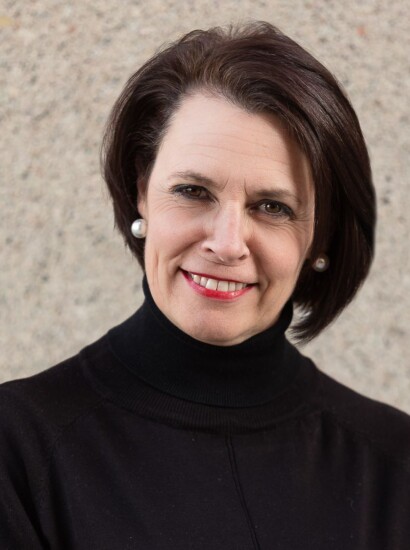 Sonya Adams was born in Zimbabwe. After graduating from high school she moved to South Africa and started working. College was not an option at that time. She had various career opportunities ranging from Relationship Manager for a logistics company, Regional Sales Manager for a pharmaceutical company and Director of Sport at Reddam House.

She has served as RS and YW President and as a Counselor numerous times, both at Ward and Stake level, a teacher of Sunday School and Institute. Her most favorite two callings to date have been teaching her own children Seminary and Institute to the young single adults of their area.

She has been married to Steven Adams for 32 years. They have four children and one granddaughter.

Three of her children, two boys and a girl, attended then LDS Business College.

The Star of Bethlehem is Our Guide

Hello, everybody. This has been an exciting journey, to prepare some thoughts for you today. I feel it is a privilege and a pleasure to do so. I would like to thank all my friends and colleagues who are here today. I would like to thank my precious husband who is here today and who is the anchor in my life and my son who is sitting in the back so no one will see him. I am so grateful for all of your support. I would like to thank the choir, obviously. Thank you, Brother Decker. He asked me what my thoughts were going to be about today and I kept getting the feeling I should talk about Star of Bethlehem. That carol you just heard is an introduction to it, so thank you. Thank you, President Kusch, for the opportunity to share a few thoughts. Everybody knows how verbose I am so I am going to try to stay within the 10 minutes allotted to me. What an absolute privilege it is to be here today with friends, colleagues and family – both my personal, and very precious family, and my Ensign College family as we celebrate Christmas with beautiful carols, music and decorations in comfort and warmth as we honor the glorious and wonderful birth of our Savior, even, Jesus Christ.

The Wise Men knew of the birth of the Savior because they saw a star in the East. That star became their guide.

They found Him because Heavenly Father had prepared for them a star, a new light in the heavens to guide them. They watched and searched and followed the star.

The star within the heart of the wise men is something for your consideration and thought as well. After all, if the star was in the sky for all to see, then hundreds of thousands of people would have seen it and thousands of people could have wondered at its meaning, and hundreds could have followed it to the little town of Bethlehem. But the wise men saw it with the eye of faith. They followed it with hope and patience. They kneeled before the young child, Jesus. They had a star within that enabled them to see the star without. They saw it with the eyes of faith, and it brought them to the Savior.

The star that led the Wise Men to the Savior was real. But it also was symbolic of the light that came into the world with the Savior’s birth.

The Savior is the Light of the World. He is the sure guide for each of us. His light is the guide each one of us may have. The Savior’s life and His teachings are like light that shines in a dark world.

No doubt Heavenly Father had many options for alerting the world to the birth of His Son, but in the end, He chose a most impressive sign for those who would look. God put in the darkness of night a physical and metaphorical declaration that the Light of the World had arrived. How that star must have caught the attention of every person who chanced to glance at the sky! In Matthew 2:10 we read: “when they saw the star, they rejoiced with exceeding great joy”.

Today, with all the surrounding artificial light, many of us can hardly make out stars in the night sky, but in Jesus’s time, everyone would have looked with familiarity toward the heavens when darkness fell. Thus, God chose light, one of the most evocative symbols, to represent His Only Begotten Son. Christmas lights have become the modern and traditional symbol of Christmas.

As we consider the miraculous appearance and operation of the "Star of Bethlehem," it's interesting to ponder the fact that what we consider miracles are often just divine operations, functioning within established physical laws, in ways we don't understand. Elder Neal A Maxwell, suggests that God knew about the need for an unusual heavenly phenomenon that would point out a location and would lead travelers to it. He had millennia to prepare that phenomenon to be in place at precisely the time when it would be needed.

And so by extension, if God has that much control, insight, and concern over physical events, how much more might He have interest in directing where and when we have opportunities to let our lights shine for His purposes – to guide us as we navigate our way each day? If we are vessels of that light, we are then prepared to "illuminate the landscape" surrounding us and to lead others to Him, "warming" them in the process! It's a beautiful analogy, and a great reminder of our responsibility to let His light shine.

The darker the times, the more important it is for lights to shine; and as the challenges in our world increase, there's no doubt that God's light is needed more than ever. His disciples are expected to "be a light and not just another shadow."

The star reminds us of Jesus’ birth, of His kingship, of His divine nature. However, the star also reminds us of something we may gloss over in the Christmas story.

Jesus’ birth wasn’t announced to those we would have expected. The host of angels didn’t come to the head priests or the leaders of the Jews; they appeared to lowly shepherds. Likewise, the star didn’t appear to the scholars and scribes of Jerusalem. Instead, it was shown to Gentile magi, outsiders who would have been scorned by devout Jews as pagans.

The star reminds us that the gospel isn’t just for the religious, for the neat and tidy. It’s for not only the poor shepherds of society but also the astrologers of this world, those foreign to us.

The Father announced His Son’s birth to the most unlikely candidates, showing His love for all of humanity, His desire for all to know Him. The gospel is for everyone, and we have the honor, the joy, and the sacred duty to share it.

A bright Christmas star, sits high on a tree
Shining its light for the whole world to see
Reminding us all a night long ago
When a star in the sky guided wise men below
To a small-town stable, where a gift from above
Was born on that night, to bring the world love.
The light from the star, shone down on a child
Asleep in the manger, so meek and so mild.
Shepherds and wise men, who came to draw near
Then spread the good news, that the Savior is here.
Now the Christmas tree star still leads us today
To the birth of a miracle, that first Christmas day.

The Wise Men knew of the birth of the Savior because they saw a star in the East. That star became their guide.

They found Him because Heavenly Father had prepared for them a star, a new light in the heavens to guide them. They watched and searched and followed the star.

May we, continue to navigate through our lives, each day, each moment, embracing the opportunity to have a star within….to see it with the eyes of faith, and to be brought to Jesus.

In the name of Jesus Christ